eemNew Delhi : The Innocence Network conducted the first People’s Tribunal on Acquitted Innocents at the Constitution Club of India  2nd October 2016. The tribunal saw testimonies from 11 people acquitted in cases from around the country. The jury in the tribunal was headed by former Chief Justice of the Delhi High Court A P Shah. 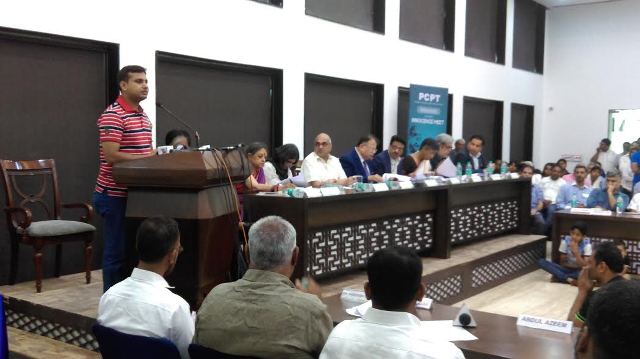 Mohd. Amir Khan who was acquitted after spending 14 years in jail giving his testimonial before People’s Tribunal.

The tribunal saw testimonies from Abdul Wahid, Shoeb Jagirdar, Mohd. Amir, Naseem Ahmed, Zaheer Ahmed, Dr Farooq Maqdoomi, Wasif Haider, Abdul Azeem and Haji Salees. Those who deposed spoke movingly of the ways in which the police had implicated them in false cases, their struggle for proving their innocence. 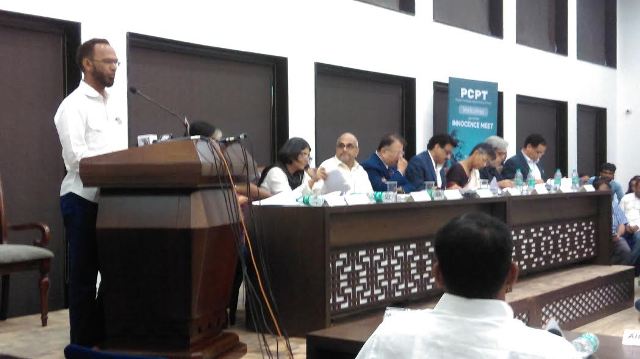 They also spoke about the horrendous torture at the hands of investigtive agencies, and the long years in incarceration they suffered before being acquitted. They asked if these acquittals could be seen as ‘justice’, given that the maliciousness of the prosecution was evident from the start of their cases. One of the key highlights of the testimonies was the personal stories of how their families suffered – the stigmatization that their children faced in schools when they were arrested, the elderly parents suffering and dying prematurely. 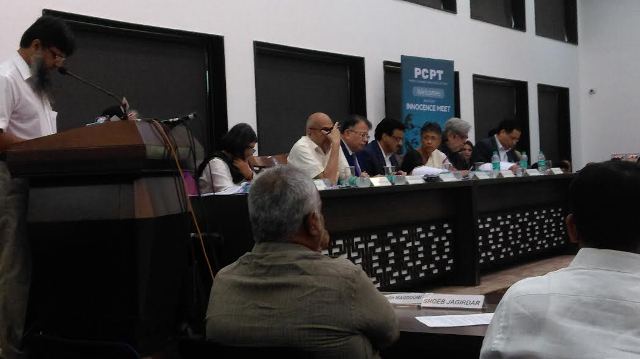 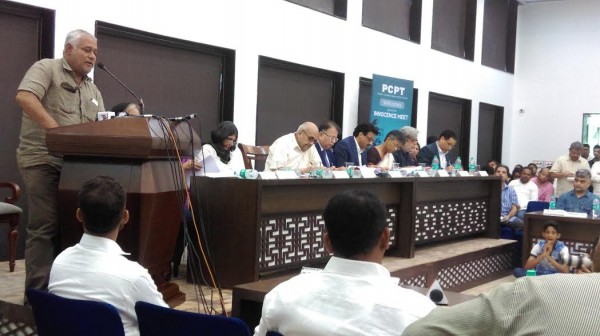 They also highlighted the special nature of malicious prosecution in terror cases which sets it apart from other ordinary and everyday wrongful prosecution. They underlined that prejudice and bias drives these investigations. The complete and final report of the jury is forthcoming. 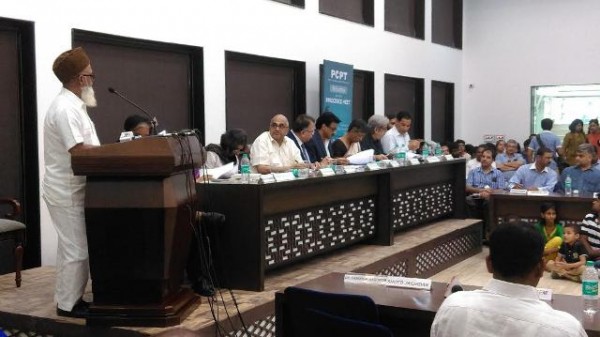 Before the tribunal depositions started, a dossier on 7/11 cases was released by ex-MP Mohd Adeeb sb. The dossier contained documents relating to the 7/11 case from the accused person’s side. 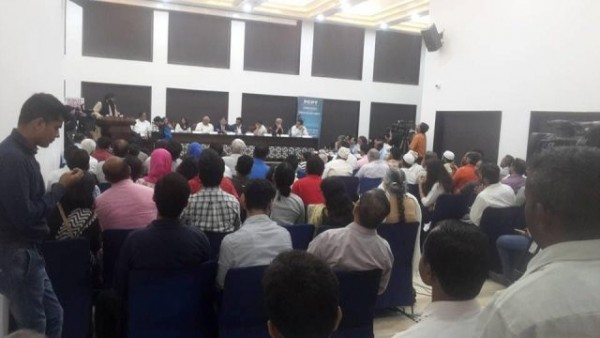 The Innocence Network is an all India network of individuals and organisartions facilitated and supported by JTSA, Quill Foundation, PCPT, APCR, Aman Biradari, Karawan and others.