A group of young Kashmiri businessmen is providing Iftari (light food to break the fast at dusk) and Sehri (Pre-dawn meals in Ramazan) to the people outside Sher-e-Kashmir Institute of Medical Sciences (SKIMS), Soura, which is Kashmir’s only superspeciality healthcare facility.

“We The Helping Hands Foundation” was launched in 2014. However, it’s for the first time, that the NGO has undertaken the task of providing food to people for which it has chosen the vicinity of SKIMS during the holy month.

Its Chairman, Umar Wani told Awaz-the Voice that the organization has been distributing Iftari to the needy outside the SKIMS hospital for the past four years and started while Sehri last year. It was for the first time on Thursday, the 5th Ramazan that the distribution of food for Sehri was started and Wani says it would continue for the month.

“We provide 500 packets, each at Iftaar and Sehri every day for the people. These people are mostly attendants of patients who have come from far-off places with their patients,” Wani said. 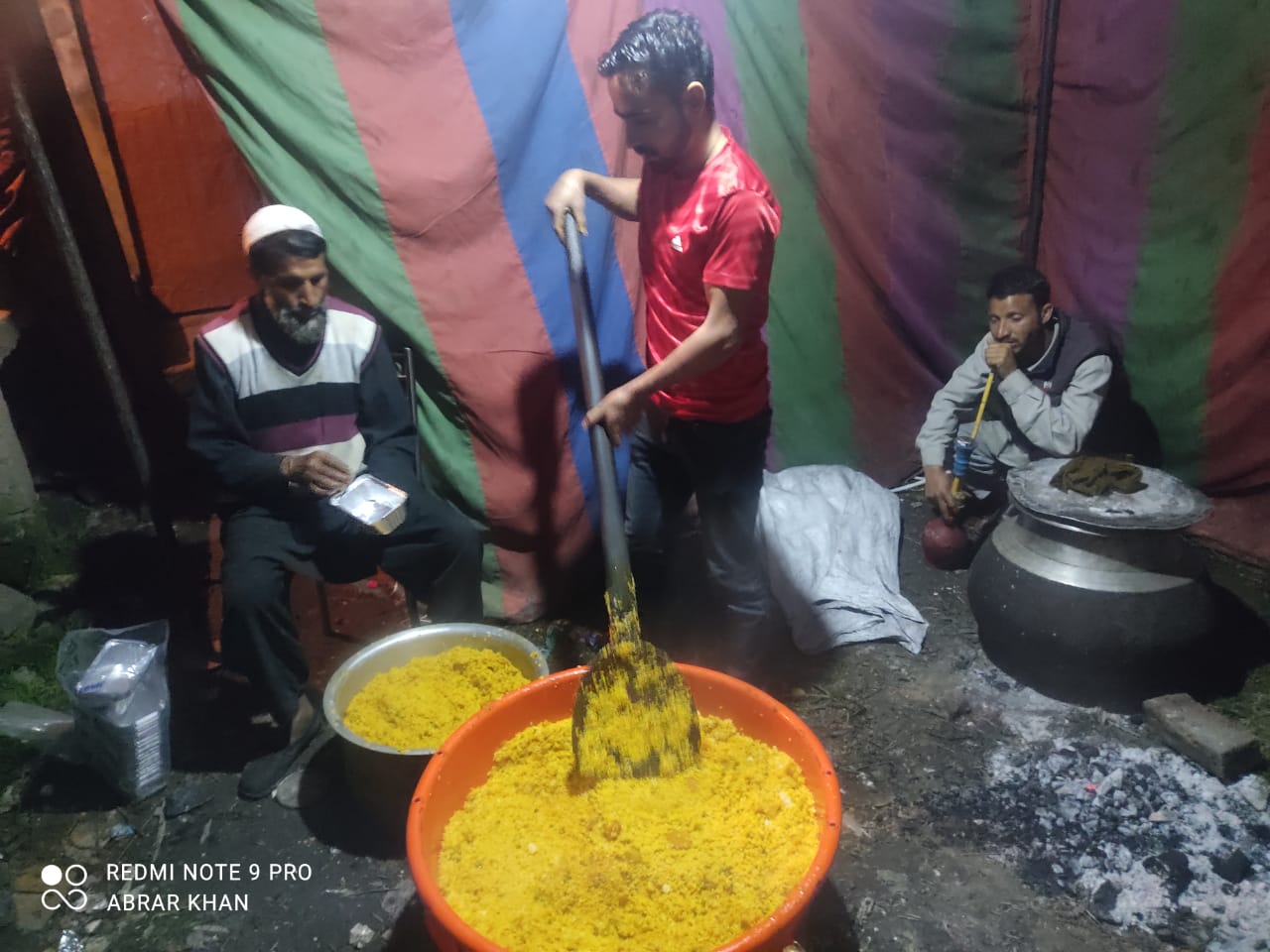 He said the funds for this project are raised from the donations people make in the month. People make donations in cash and kind and the volunteers arrange food packets. Each packet for Iftari includes a water bottle, bananas, dates, and juice packets, while Sehri food includes rice with vegetables, dal, chicken, and mutton on alternate days.

The holy month of Ramazan, for the third consecutive year is being observed on a low key with the Covid SOPs, even as the number of Covid positive cases has registered a drastic decline over a couple of months. These numbers have not crossed the two-digit figure for several weeks now.

Lt Governor Manoj Sinha led the administration, besides political parties, greeting the people of J&K for the holy month of Ramazan. “Greetings to the people on the commencement of Ramazan. This auspicious period teaches us to be humble, and charitable and to work for the greater good of society. May this holy month bring peace, prosperity, and happiness for all”, the LG wrote on the official Twitter handle.

People in individual capacity from their homes have already started extending help to the poor and the needy, while several others as individuals, volunteers or groups have been extending, as per the religious traditions, to provide succor to those in need. 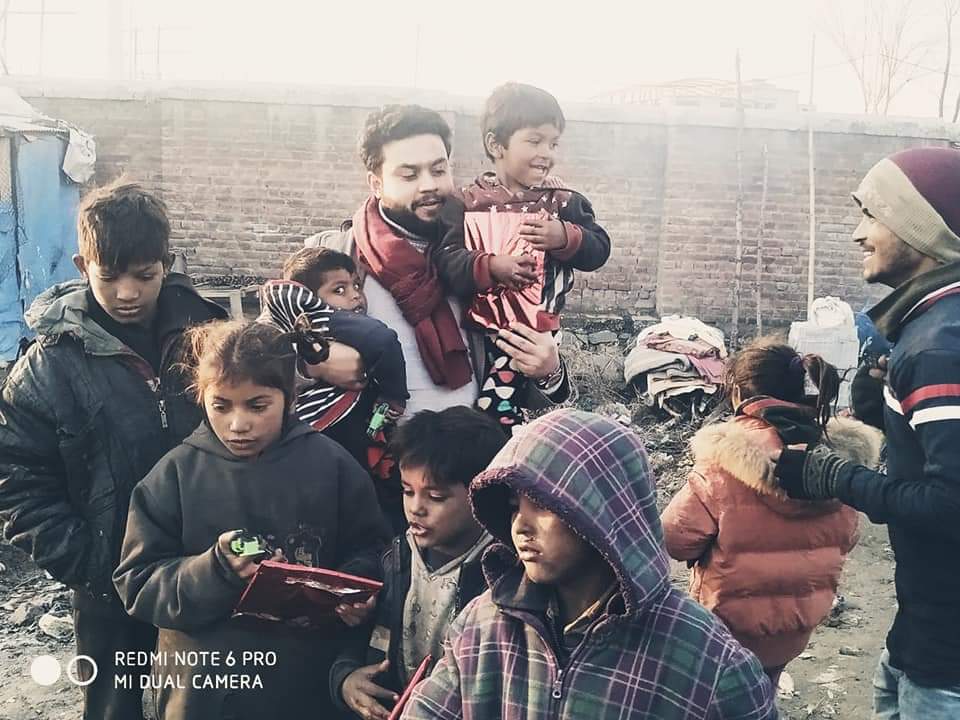 Though many local groups are providing “Iftari” on the roadsides, in mosques and shrines, and outside hospitals or orphanages due to the Covid protocol, one misses the sight and spirit of the largely attended Iftar parties, like the longest 1.6 km party along Dal lake.

Local hotels are also offering special Iftar menus. There are also no official Iftar parties being held in J&K for the third consecutive year now.

The Foundation used social media to search for the most suitable space for the distribution of food and it zeroed in on the SKIMS. Wani says approaching people through social media helped in “ spreading the message attracting donors.”

Wani said that with Muzammil Ahmad, Vice Chairman of the Foundation, it has 25 members in Srinagar and 32 others in the Shopian district. 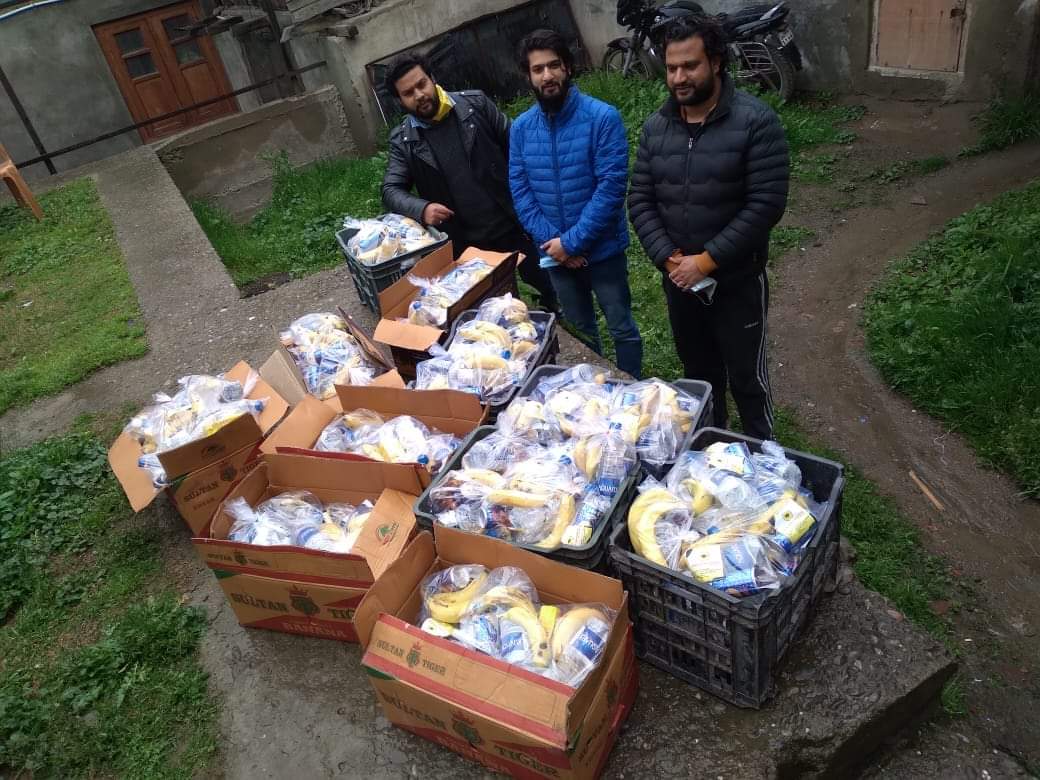 The Foundation also helps in organizing weddings for poor girls. It has so far organized 21 mass marriages in January. The girls who got wedded also included one non-Muslim girl.

The organization has so far provided 710 kits of wedding dresses. Wani said, “We also work on education and have adopted 32 orphans in Srinagar and 9 in Shopian for facilitating their education.

During the past seven years, the Foundation has also worked to help people in the 2014 floods, set up a Langar at SMHS hospital for the poor and needy during the 2016 crisis, provided ambulance, Oxygen and burial facilities for the needy in SMHS and other hospitals during the Covid 19 crisis.