A man has been shot dead by police after a stabbing attack at a hotel in Glasgow city centre.

Six people are being treated in hospital for their injuries, including a 42-year-old police officer who was said to be “critical but stable”.

Sources had suggested two other people died at the hotel, which is currently housing asylum seekers. In fact it appears only the suspect was killed.

Police said the incident was not being treated as terrorism.

A police spokesman said the situation was “contained” and there was no danger to the general public.

He added that they were not looking for anyone else in relation to the incident, which was first reported at 12:50. He added that officers were on the scene within two minutes of the incident.

One witness, who gave his name as John, said he came down from the third floor of the hotel to see the reception covered in blood.

He said he initially saw one person who had been stabbed.

“I went down to the entrance and shouted at him and told him to stay calm and I will call for help,” he said.

He then saw another man, who was “fighting for his life”.

First Minister Nicola Sturgeon said reports of the incident were “truly dreadful” and she was being “updated as the situation becomes clearer”.

She added: “My thoughts are with everyone involved. The injury of a police officer, of course, reminds us of the bravery of our police service. They run towards dangers as the rest of us would run away.”

Prime Minister Boris Johnson said he was “deeply saddened by the terrible incident in Glasgow”. 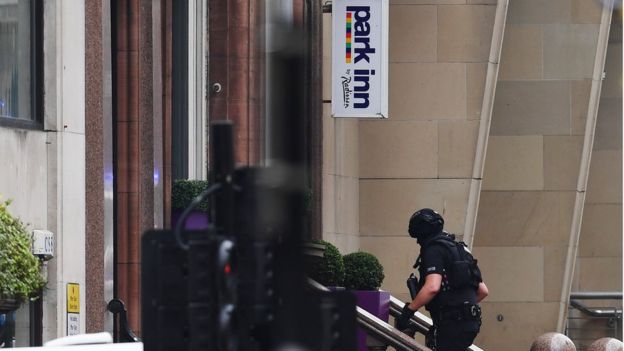 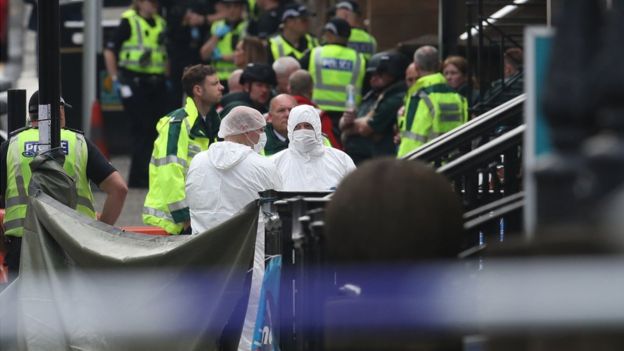 He said: “Officers were on the scene within two minutes, and armed officers shortly afterwards, and the incident was quickly contained.” 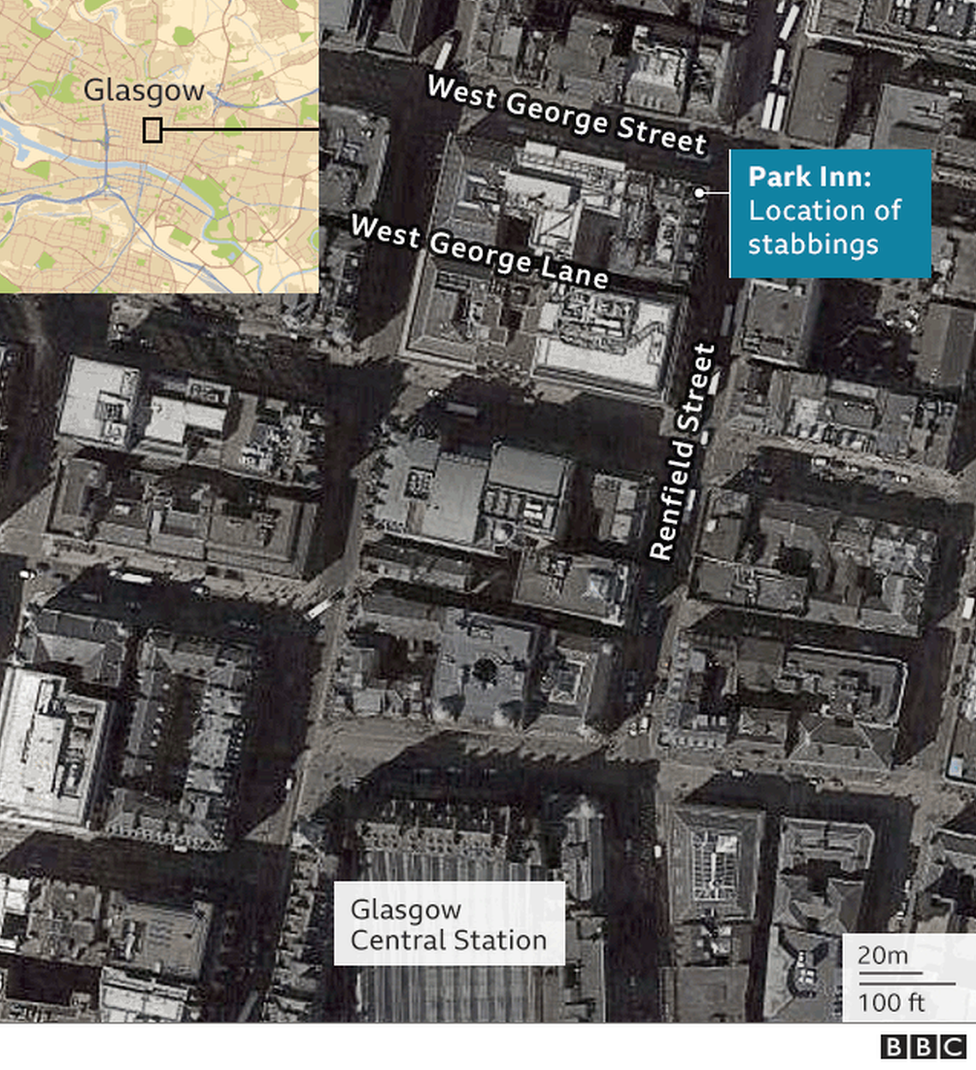 The assistant chief constable added: “The individual who was shot by armed police has died.

“Six other people are in hospital for treatment to their injuries including a police officer, who is in a critical but stable condition.

“Our thoughts are with the families of those who were injured, including our officer.

“The incident is not being treated as a terrorism and our investigation is continuing into the circumstances.” 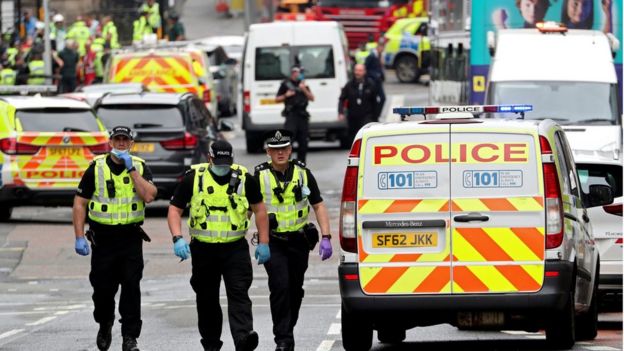 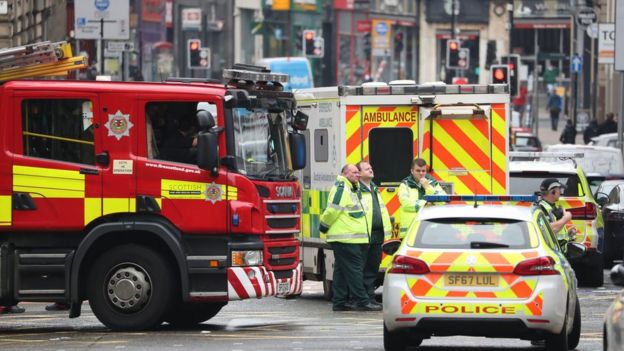 Another witness, Craig Milroy, saw the aftermath of the incident from an office building nearby and said he had seen four people taken away in ambulances.

He said: “I saw a man lying on the ground, of African descent, with no shoes on. He was on the ground with someone holding his side – I don’t know if it was a bullet wound, a stab wound, or what it was.”

Police are dealing with a major incident in Glasgow city centre after reports of a multiple stabbing.

Mr Milroy said the man was one of the four taken away by medics and believed him to be a victim of an attack.

He added: “After that we saw commotion, ambulances further up and we saw armed police all running into the hotel next to the Society Room.

“We were still standing outside, after that the police all came down, the riot police and triage team told us to go back in and lock the door.”

J&K Teacher, A Terrorism Victim, Among Those Fired Without Inquiry

Ashok Gehlot calls for decision on lockdown at central level